"The annual Sunday-school excursion will be to Roton Point," the Reverend Henry Ward Beecher announced at his prayer meeting Friday night. "I've no idea where that desirable locality is, but I intend to find out." So began a New York Times article dated June 22, 1884, describing a church school trip to Roton Point Park. It must have been an agreeable outing, since the Times covered a similar trip a year later on June 28, 1885, when Reverend Beecher took an even larger group from his Plymouth Church in Brooklyn Heights, New York, up to Roton, this time aboard the excursion steamer Grand Republic. Such trips were not unusual – like many amusement parks at the start of the 20th century, Roton Point became a destination for steamboat, trolley, and bus.

From the 1870s through 1941, Roton Point Park was one of the preeminent attractions along the shores of Long Island Sound, home to an amusement park and venue for countless big bands of the era. From its shady picnic grove overlooking the water to its sandy beaches, hotel, dance floor, carousel, roller coaster, and midway rides, Roton Point attracted thousands of visitors each season. 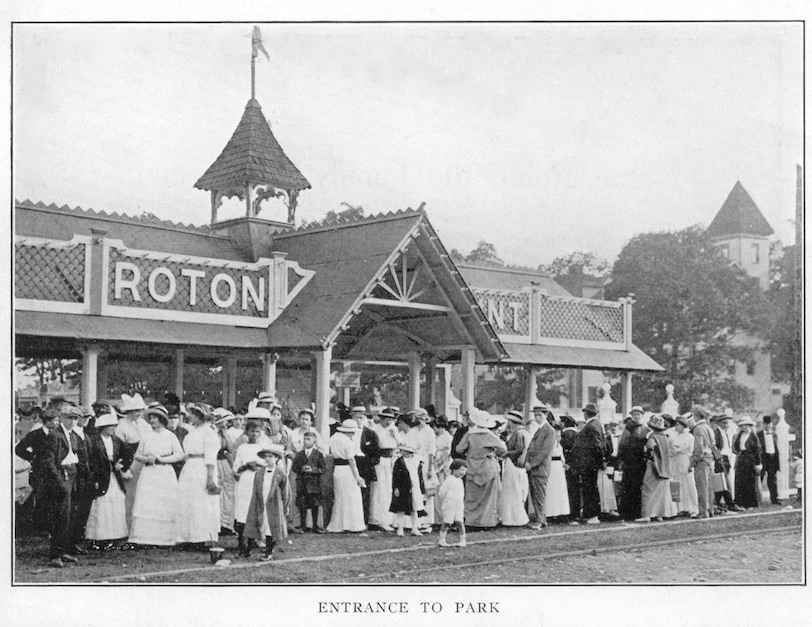 One of the central attractions at Roton Point was the 7,500-square-foot dance pavilion, built out over the rocks on the Long Island Sound shoreline. According to Roton Point's 1915 season brochure, "the pavilion is situated directly over the waters of the Sound and open on all sides to the cooling breezes. A specially trained orchestra supplies the music and during the afternoons excursionists and picnickers are invited to dance free of charge." 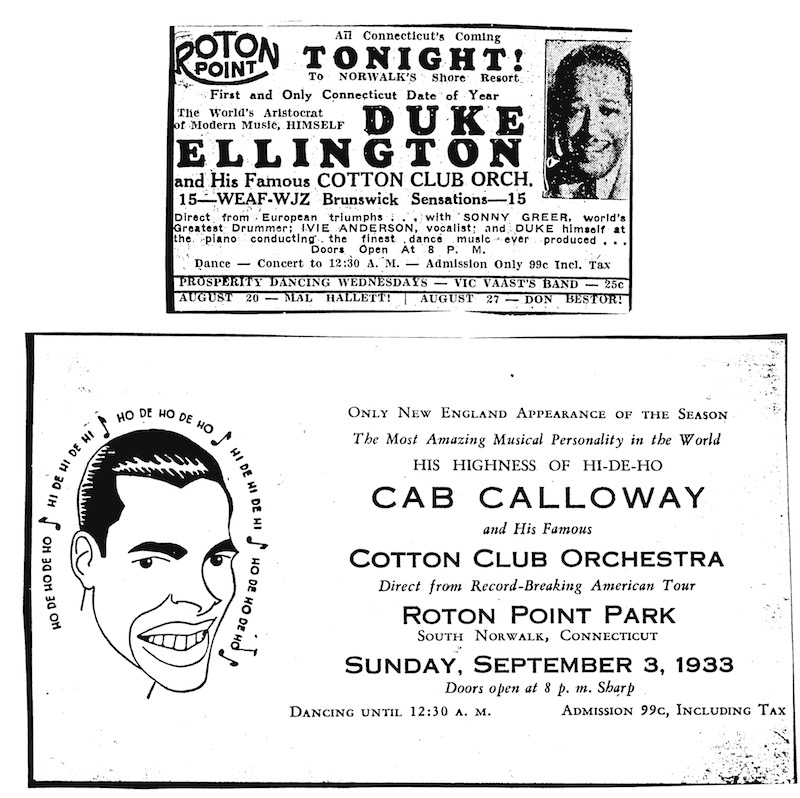 The present day octagonal bathhouse was built to house the first carousel but found greater use as a vaudeville theater and then as a roller skating rink. The two long bathhouse wings that are now on both sides of it were originally one large, long structure that extended parallel down the full length of the beach. This structure was cut in half and moved to its present locations shortly after 1900.

Roton Point's carousel was moved to what is now the line between Roton Point and Bayley Beach, and chugging across the west beach was a miniature steam train (later replaced by the roller coaster) that gave a pleasant and thrilling ride to children and adults. The park's first roller coaster extended across what is now Bayley Beach, and rides on the midway included an airplane ride, the whip, and bumper cars, among many others.

As the park continued to change and expand, dining facilities were enlarged to seat hundreds on the hotel porch, and the west grove was filled with picnic tables to accommodate up to five hundred at one sitting. In 1925, the park's management had its own excursion steamer, the Belle Island, built exclusively for travel between New York City and Roton Point. 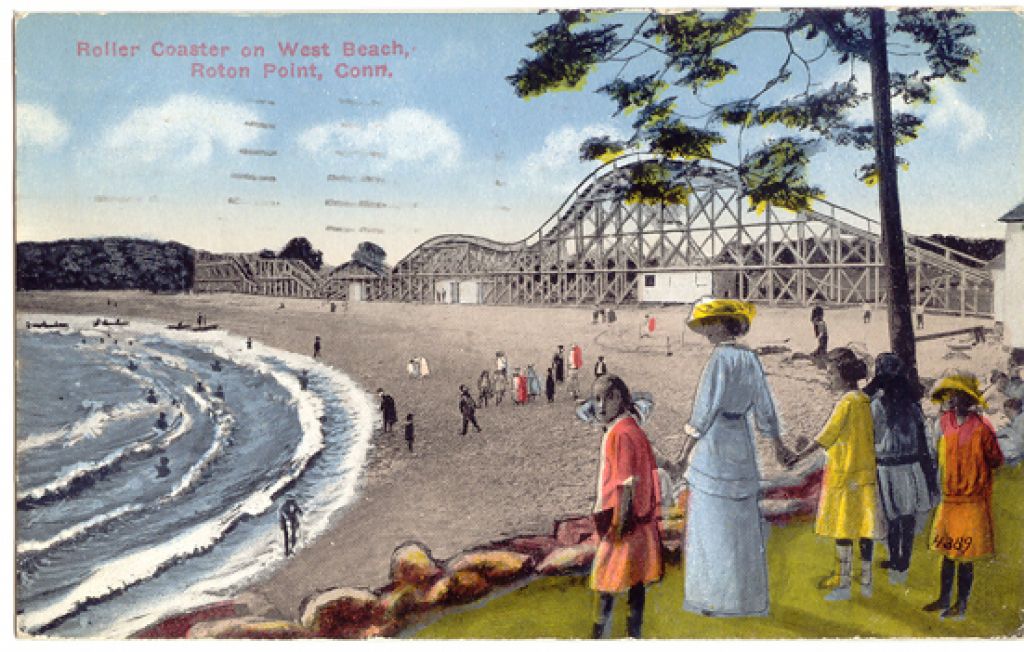 The End of an Era... and the Start of Something New

Damage from the 1938 hurricane and the start of World War II led to the park's closing in 1941, and the main part of Roton Point then became a family beach club which, since 1984, has operated as a member-owned recreational condominium association.

Today, as you walk around the club, you'll still see some of the original buildings, now restored, including the bathhouse, hotel, and gazebo at Roton Point, and the roller-coaster entry next door at Bayley Beach. Nearly a hundred and fifty years after its earliest picnicking and swimming days, people continue to come to Roton Point today to do just that... picnic, swim, and relax. 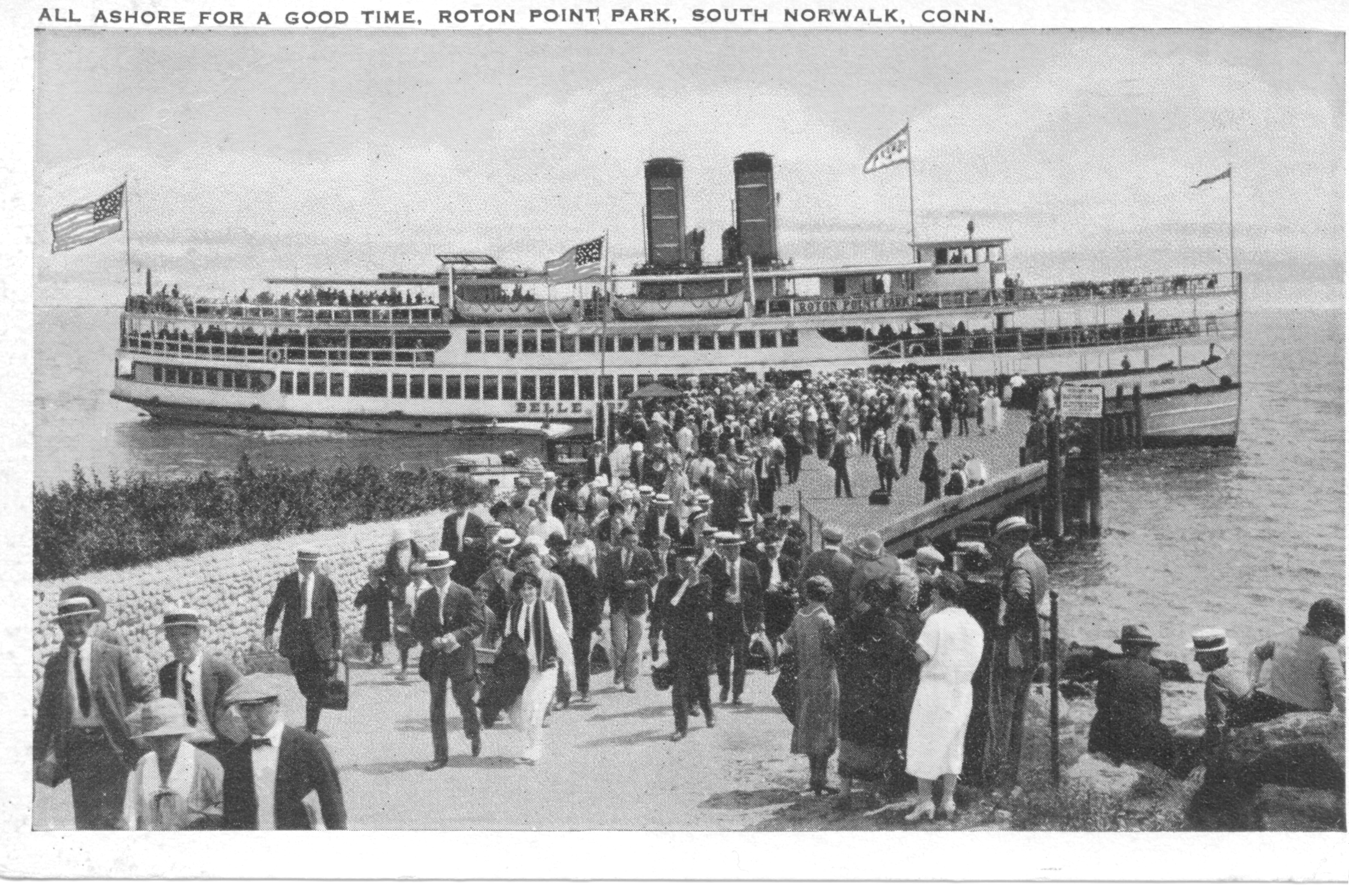 On the Cutting Edge

No history of Roton Point would be complete without a word about catamarans and solid wing sails, the precursors to the amazing boats you've seen in recent America's Cup races. Sailing at Roton Point was first organized as the Roton Point Sailing Association (RPSA) in 1958 by A.F. "Tony" DiMauro, who served as Commodore for a remarkable 35 years. Home for years to the largest multihull sailing fleet in the world, Roton Point became a hotbed for catamaran racing and design innovation. Tony became internationally known for sponsoring the development of C-Class catamarans, which since 1961 have raced for the International Catamaran Challenge Trophy, popularly known as the "Little America's Cup." After Tony's Patient Lady III took the cup from Australia in 1977, he led four consecutive successful defenses of the Little America's Cup with a series of "Patient Lady" catamarans equipped with wing sails, at the very cutting edge of small-catamaran development. RPSA has a long and proud history in promoting multihull sailing, as attested to by the collection of artifacts, trophies, and newspaper articles on display at Roton Point, and by the turnout at our famous multihull regatta each September. 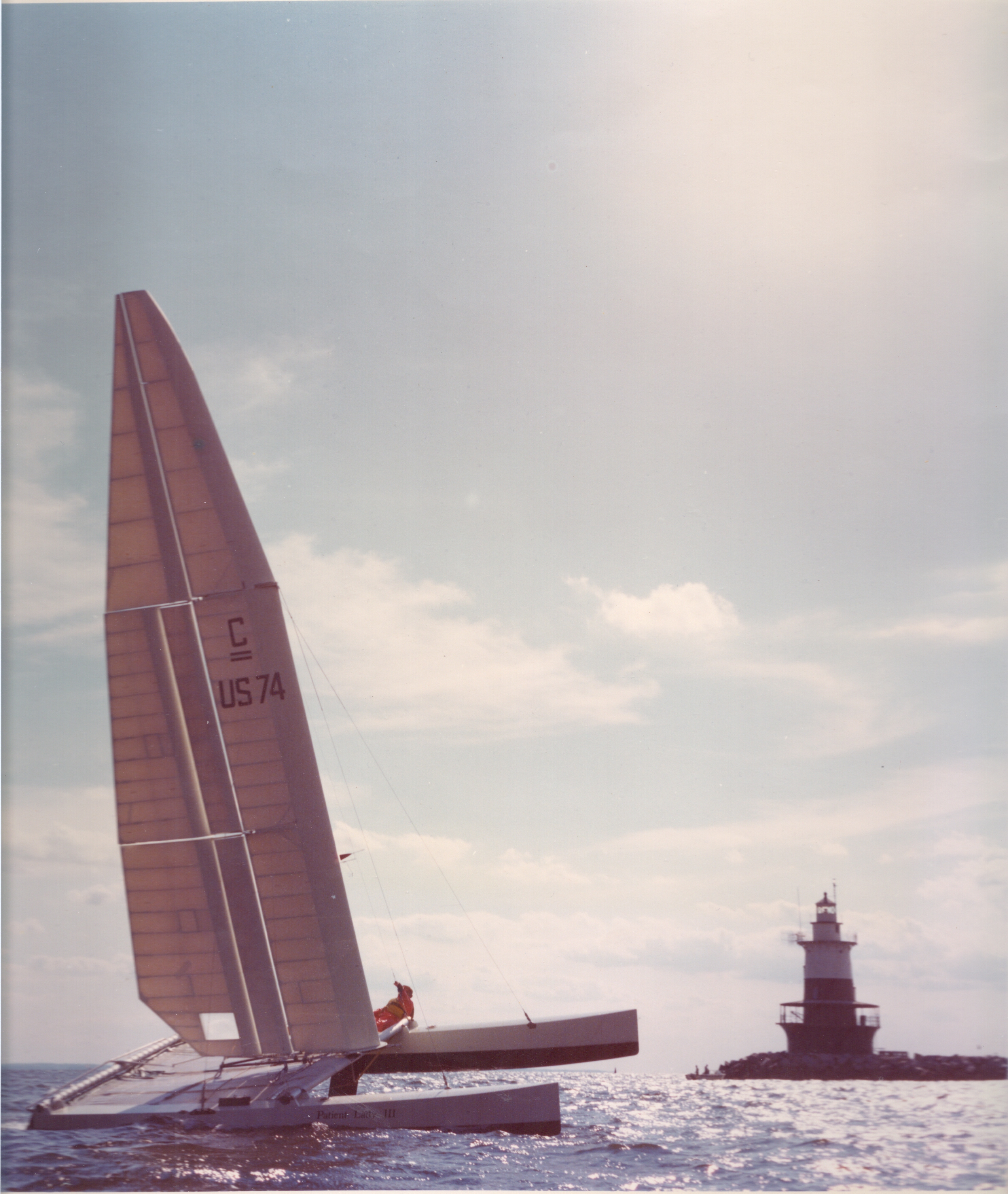 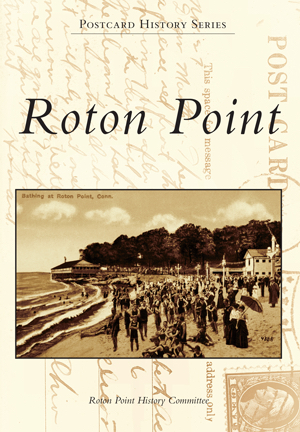 A film in celebration of Roton Point's vital history. 44 minutes. Available for $25/copy through the Roton Point office. 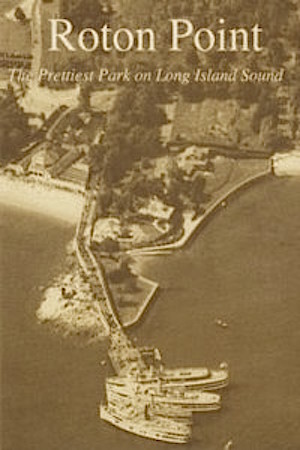 The Exceptional History of the Little Cup, by Francois Chevalier 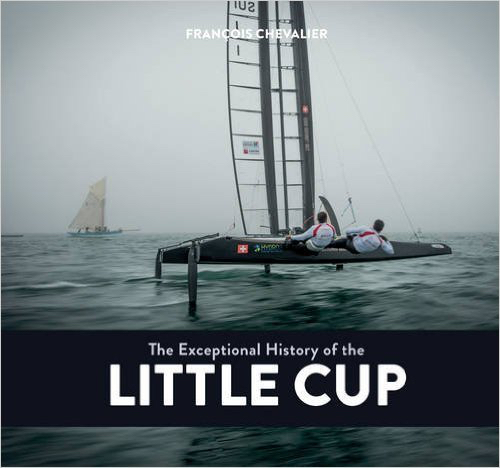 Bringing the Patient Lady team together again for a look back on Roton Point's unique part in multihull sailing history. Whoops -- video currently unavailable; we hope to have it restored soon!
Learn More 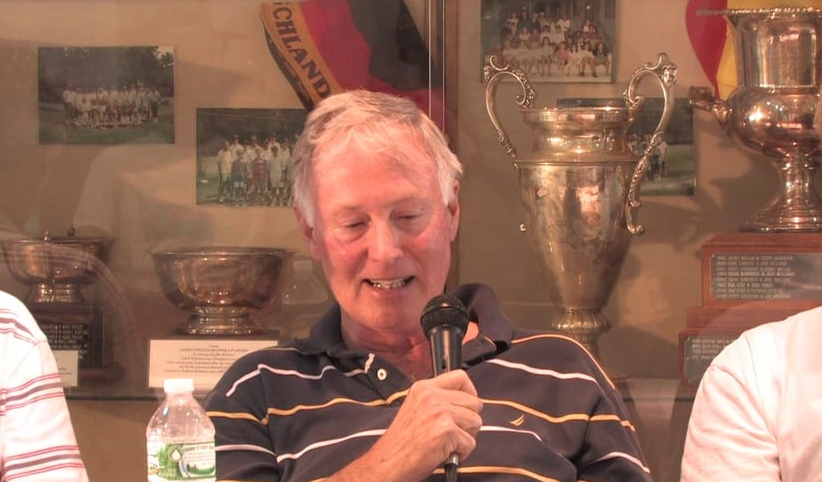